More tales about buildings and food 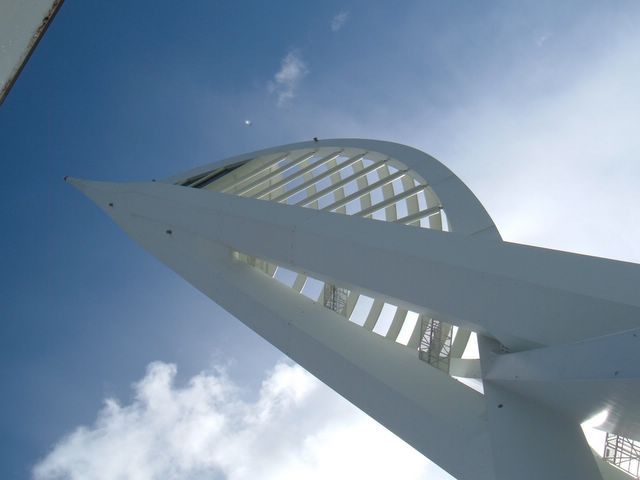 Portsmouth is a watery city of controversial buildings. Then... it was Owen Luder's Tricorn Centre, a feat of New Brutalist concrete that dominated and eventually soured the visitors' arrival. Now... it is the Spinnaker Tower, a millennium project delivered too late and at huge cost to the council tax payers. This, too, dominates but it beckons visitors from afar, and lets face it, it is beautiful.

Now it is my turn to be controversial. I actually thought the Tricorn centre was beautiful too. Not the unloved, decaying hulk that it had become, but the triumphant vision in concrete that it was when new. There is no doubt that it turned into a massive eyesore that blighted the centre of Portsmouth, and that now gone, the city is free to pursue the task of re-inventing itself as a tourist destination.

And what a destination it is. We spent a day there in half term, and with the Victory, the Mary Rose, HMS Warrior and the rest of the historic dockyard, the shops and restaurants of Gunwharf Quays and the Spinnaker tower, there is much to interest and amuse.

We have learnt about the buildings, but what of the food? Well, we didn't find fine dining, but we weren't looking for that. We wanted to eat early and the only place with any customers was Tootsies, a chain that inhabits the new breed of shopping emporia. It served good basic grub, and as the main event was sightseeing, this did its job. 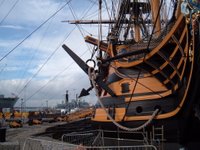 Even the Victory, Nelson's flagship and deathbed, was a revelation. There was more to see than I remember from previous visits over the years. You could journey from the top deck, through the living hell that were the gun-decks down to the pit of the hold and into the magazine where they stored the lethal gunpowder. It wasn't difficult to imagine the life of a sailor or marine serving on this ship, sandwiched in with 800 fellow men, sleeping and eating between the guns. And that was before they were involved in their main task, war. Facing the threat of being killed outright by a foreign cannon-ball or even worse bleeding to death through being pierced with a thousand splinters of wooden hull, it is difficult to understand why anyone would sign up to protect this isle. I guess we live a pampered existence these days. 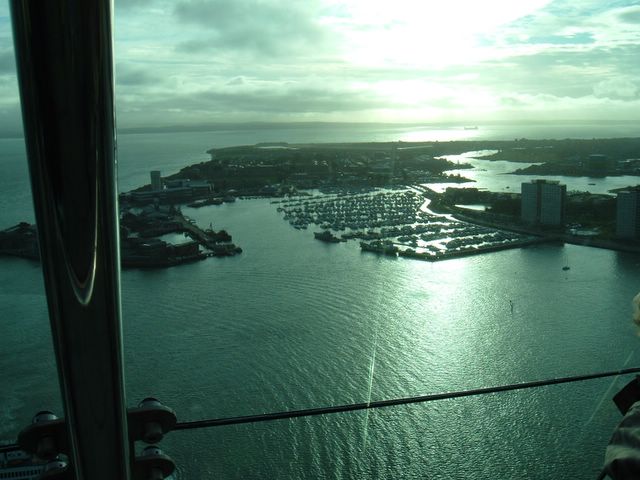 After a quick view of the Mary Rose, suspended in its time-warp by continually taking a shower containing wax, we headed back to the tower that had brought us to the city. Despite the still lengthy queue, it was well worth the wait for a chance to really see the harbour with its constant ferry traffic and out beyond the Isle of Wight. The views from the top of the Spinnaker are fantastic, and with the winter sun going down throwing everything into relief it somehow brought out the best in the local landscape.

The kids wanted to stay longer, but there is much that we didn't get to see. An away win for Portsmouth I think: that's something you don't see everyday. We hope to again, soon.
Posted by Rod K With NASA at 9:13 pm